$16 muffins were never the full story

The Groupon IPO finally occurred.  At least for the moment, the insiders are looking smart for rejecting Google’s six billion dollar offer for the local deals coupon site.  The initial day’s trading set the market capitalization of the firm at over twice that. 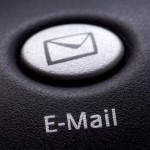 So it is either going to be the next Amazon or the next Pets.com.   I wish I could say for certain which, but I feel pretty confident in knowing why it will go whichever way it does.

Ultimately, under the Bigger Fool Theory, no investment can be foolish so long as you can find a bigger fool to buy your shares.  The person who spent fifty dollars to buy a Beanie Baby isn’t a fool if he found somebody who would pay sixty before the market crashed.  All the accumulated foolishness, like toxins in the food chain, accumulate to the person holding it at the end.  Is that the fate of GRPN?  My magic 8-ball says ‘Ask Again Later’, but a company with serious competitive challenges that is not yet profitable trading at a high P/E might not be an obvious choice for the buy-and-hold investor.

GRPN may be a fine investment at some point, but that will occur after the price of the shares has dropped and the company is more profitable.

Permanent link to this article: https://betweenthenumbers.net/2011/11/groupon-valuation-pluses-and-minuses/