The Big Business of Mail-In Rebates 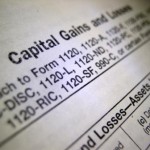 The first phase of the rules requires custodians, broker-dealers and others to report the cost basis for all equities purchased on or after January 1, 2011. The new 1099-B form that will be received this coming January/February will include details on cost basis, acquisition date, holding period, whether a lot is covered or not, and disallowed losses from a wash sale. Starting for the 2012 tax year, Form 1099-B will include information on mutual funds, most exchange traded funds (ETFs), and dividend reinvestment plans (DRIPs) bought and sold after January 1, 2012. In 2013, the reporting will include options and fixed-income securities such as bonds.

This reporting has implications for engineering when gains or losses are taxed. The default method for brokers to calculate cost basis is first-in, first-out. At the time of trade, the seller can designate an alternate method (e.g., last-in, first-out, lowest price to highest) either as a default or for specific lots. However, once a trade settles, the accounting cannot be changed.

Taxpayers will use a new Form 8949 for their 2011 returns to record capital gain and loss transactions. The form lets investors provide information about securities covered by the law and those acquired prior to the rules, or non-covered shares, according to the IRS.

Permanent link to this article: https://betweenthenumbers.net/2011/12/new-rules-and-reporting-for-investment-gains-losses/