Americans’ unused vacation time can hurt both employees and employers 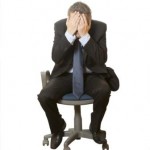 The Public Company Accounting Oversight Board (“PCAOB”) recently released its 2010 inspection report on Ernst & Young (“E&Y”).  Upon review of 62 audits and one assignment where E&Y had a role but was not the primary auditor, the PCAOB concluded that there were problems with 13.  Certain problems were of such significance that they constituted an “audit failure”.  The 20% problem rate is more than double the amount found in the 2009 inspection.

The report the PCAOB also recently issued regarding Deloitte & Touche was even worse, with 45% of the 2010 audits and other assignments found to have problems.  One finding was of such significance that it caused the issuer to alter its accounting treatment.  The report indicated that many of the items also rose to the standard of an audit failure:

“Specifically, certain of the identified deficiencies were of such significance that it appeared that the firm, at the time it issued its audit report, had failed to obtain sufficient appropriate audit evidence to support its audit opinion on the financial statements and/or on the effectiveness of internal control over financial reporting (ICFR). In addition, one of the identified deficiencies, which occurred in an audit in which the firm played a role but was not the principal auditor, was of such significance that it appeared to the inspection team that the firm had not obtained sufficient appropriate audit evidence to fulfill the objectives of its role in the audit.”

Both firms responded to the results of their respective inspection reports with a commitment to improve audit quality.

Permanent link to this article: https://betweenthenumbers.net/2011/12/pcaob-finding-more-and-more-audit-failures/