Americans’ unused vacation time can hurt both employees and employers

25% Reasonable Royalty Rule is Rejected even with no Objection 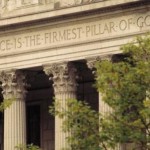 The Medtronic case is interesting because it addresses what should occur when an objection was not made in the underlying trial, yet subsequent Appellate authority concludes that the underlying evidence was objectionable. The Court was tempted to not reopen the prior evidence, describing the issue as follows:

It may be appropriate in some circumstances for a court to revisit an issue that would otherwise be deemed waived and beyond the scope of an appellate mandate. Such circumstances must be exceptional. Otherwise, the underlying rationales for the doctrines of law of the case and the mandate rule, such as finality, judicial economy, and consistency, would be thwarted.” [Citations omitted]

The Court determined that the 25% rule was sufficiently accepted before the Federal Circuit’s Uniloc decision that the defendant had a good basis for not objecting to its use when the evidence was first being offered. Therefore, the lack of a prior objection does not preclude overturning the jury’s verdict. The Court concluded that the jury’s conclusion was unmistakably tainted by a rule of thumb that is no longer valid, so it would be unjust for the Court to let the jury’s verdict stand.

This fact pattern exists in other cases.  When a party wants another damages try, the logic of this Medtronic case provides the basis for damages to be reopened.

Permanent link to this article: https://betweenthenumbers.net/2012/01/25-reasonable-royalty-rule-is-rejected-even-with-no-objection/