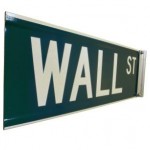 Ernst & Young (E&Y) recently released a study of the annual recurring costs of going public. Most studies on this topic focus on sales commissions and discounts paid to investment bankers. The other costs of going public are often not available, and are minimized by some commentators. E&Y sheds light on this important subject, generally finding that the additional recurring costs are greater than what one might at first think. In what is called its inaugural survey, E&Y:

examined the experiences of 26 companies that went public in the U.S. between 2009 and 2011. The survey group included companies of varying sizes, ranging from annual revenues below $100 million to over $4 billion, with the average and median annual company revenues of $517 million and $143 million, respectively. Companies operated in a wide range of industries, including healthcare, real estate, biopharma, technology, industrial products, financial services, retail and manufacturing. The survey focused on four key areas: management, board, advisors and technology.”

Currently, one of the most important issues debated in the field of business valuation involves how to measure the discount for lack of marketability (DLOM) in minority shareholder interests. Some academics consider the cost of going public as the preferable means of estimating this DLOM. The cost of going public greatly underestimates the discount in value for minority interests in the company. Nevertheless, putting aside the conceptual disagreement regarding the use of this data, the Ernst & Young survey memorializes that the underlying data used by these academics fails to capture the total cost, including the recurring costs that are usually ignored entirely.

The report detailed the additional costs as follows:

Management: Every company that provided information about management compensation indicated that it had increased compensation in contemplation of going public, whether through salary, bonus or stock options. Most compensation increases were extended to the CEO, CFO and others in the finance function. 23% of companies had an in-house investor relations executive, and 50% had in-house counsel. On average, companies spent an additional $1.5M annually on salaries to management and others as a new public company.

Board: 82 percent of companies had either added new members to their Boards of Directors or increased director compensation prior to their IPO. 68 percent added at least one new Board member, and almost of all these companies added two or more. A similar percentage (64%) provided additional compensation to existing Boards.

Advisors: One of the more significant costs associated with IPOs are fees paid to advisors. Most companies retained at least 11 third-party advisors in connection with the IPO. All (100%) of companies surveyed retained investment bankers, attorneys, auditors and stock exchanges. The majority of companies engaged a printer (96%), D&O insurance carrier (92%), stock transfer agent (84%), SOX 404 consultant (76%), compensation advisor (72%), investor relations firm (68%) and tax advisor (60%). Some companies also hired a road show consultant (40%), a compensation advisor to the board (28%) and an internal audit advisor (12%). On average, the companies surveyed spent $13 million in one-time advisory costs associated with executing the IPO. Companies spent an additional $1 million annually on various recurring advisory costs as a new public company.

These are significant costs, particularly for the small companies that are generally the subject of DLOM analysis and associated disagreements.

Permanent link to this article: https://betweenthenumbers.net/2012/01/new-study-shows-high-annual-costs-of-being-a-public-company/