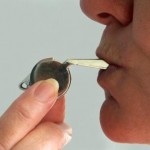 The Dodd-Frank Wall Street Reform and Consumer Protection Act added requirements for the SEC to maintain a whistleblower reporting capability, and to annually report on the results each fiscal year. Section 922 of Dodd-Frank added Section 21F to the Securities Exchange Act, requiring the SEC to make monetary awards to those who voluntarily provide original information that leads to successful SEC enforcement actions, and which result in monetary sanctions over $1 million.

With this large number of complaints, one is understandably interested in additional details. The SEC provides some information, although the data is limited by what the complainant decided to provide and limitations from having a new program. Specifically:

An independently-operated whistleblower collection system is the best opportunity for companies to obtain control of this area. Internally-operated collection vehicles do not have the same level of credibility with potential complainants, and so encourage the complainant to get an outsider (such as the SEC) involved. See this article on best whistleblower reporting practices for suggestions as to what should be done.

Permanent link to this article: https://betweenthenumbers.net/2012/01/sec-whistleblower-program-collects-a-surprising-number-of-complaints/