Is the NBA More Competitive After the Lockout? 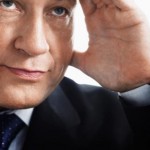 Contracts are often long and arduous to read, with excruciating detail and numerous defined terms that sometimes bear little resemblance to their “real world” usage.  And yet, when a problem arises and each side points to the contract to prove the superiority of their position, many items still become a subject of dispute (even if one side’s current “interpretation” was not the original intent of the parties).

One of the most frequent areas of dispute occurs when the term “reasonable and customary” is used.  It is not difficult to imagine a subsequent disagreement when this term is used to describe allowable compensation, fees, discounts or other charges.  It is almost always preferable to define these items more discretely or to put some type of cap on the amount.

A second area of frequent dispute involves the right to audit the performance of the contract.  This critical element is often limited to a short paragraph which indicates, for example, that the licensor has the right to hire an outside accountant to audit the licensee on an annual basis.  Among friendly parties, that language may be sufficient to ensure reasonable compliance with the intent of the provision (so that necessary records and access are provided to accomplish the task in a timely and cost-effective manner).  What often occurs is that an audit notice is followed by lengthy and costly negotiations as to the information needed, the manner in which it will be provided, the non-disclosure agreements that must first be signed, and many other points of contention.

Specificity in the contract language is the key to avoiding these issues.  Instead of simply granting the right to an audit of your royalty or distribution payments, profit participations, or other contractual payments, spell out exactly what documents must be maintained and provided to the auditor (having vetted this with your auditor ahead of time).  While this will certainly add to the contract negotiations at the time of signing, it is far easier to get the other party to agree to these provisions ahead of time than later, when they might have something specific to hide.

Permanent link to this article: https://betweenthenumbers.net/2012/02/specificity-in-contracts-can-avoid-future-disputes/