The Quiet Surge in Bond Prices

Hunger Games has an Important (but usually missed) Theme

The long-awaited movie adaptation of the book, “The Hunger Games”, opened last night. The publicity and anticipation for the opening was intense. The movie’s success is assured.

Although no one will miss the action, at its core, the movie genre involves teenage coming-of-age, combined with a love story. But, practically none of the publicity and reviews address the message of the movie outside of its plot. The government runs these games and makes its citizens participate. The population accepts what the government provides as entertainment. This story occurs in what used to be the United States after the government put down a rebellion. The annual games displayed in the book and movie celebrate the victory of the totalitarian government over its citizens. 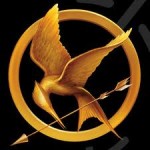 In the movie and book, freedom comes by refusing to participate in the government’s requirements. The movie should warn its viewers about the perils of allowing government to make decisions and impose requirements on its citizens.  One can hope that the movie’s viewers will get past the movie’s immediate entertainment and internalize this message.  The U.S. government may not be forcing teenagers into public fight-to-the-death contests.  Nevertheless, it is not silly to spend a few moments thinking about how the current United States is heading in the direction of the future that is reflected in “The Hunger Games”.

Permanent link to this article: https://betweenthenumbers.net/2012/03/hunger-games-has-an-important-but-usually-missed-theme/