Hunger Games has an Important (but usually missed) Theme 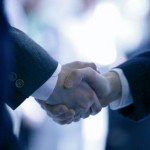 Once a Ponzi scheme is uncovered, most investors find that they have lost their money.  However, there are also usually some “winners”, ie those that benefited from the scheme by removing both their initial investment and (usually high) returns prior to the scheme’s collapse.

The Court in the Madoff case previously confirmed that the determination of whether an investor is a winner or a loser is based on the amount actually invested minus any withdrawals, with no consideration of expected or reported returns.  Only losers are entitled to a portion of the funds recovered by the trustee.  A trustee appointed to recover funds for the losers in a Ponzi scheme often also pursues the winners to return (i) their ill-gotten gains and (ii) pre-judgement interest on those amounts, even though the winners usually deny knowledge of the scheme.  However, winners are still usually better off: they retain their original investment, while losers often only receive a portion of their investment returned to them through the trustee’s efforts.

The trustee in the Madoff case has pursued winners with mixed success.  Just recently, the owners of the New York Mets have agreed to a settlement in which they will pay $162 million to the trustee (the suit brought against the Mets owners by the trustee was for $303 million and asserted the Mets owners were “willfully blind” to the scheme).  As part of the settlement, it was also agreed that the Mets owners could pursue claimed losses of $178 million on equal footing to other Madoff victims.  As a result, the Mets owners effectively transformed themselves via the settlement from winners into losers, an unlikely objective for a Major League Baseball team, but one which could allow for millions of dollars of recovery to offset the settlement payment in this situation.

Permanent link to this article: https://betweenthenumbers.net/2012/03/mets-owners-insist-on-being-treated-like-losers-as-part-of-their-madoff-settlement/