L.A.’s pizza is worse than Anchorage’s and why your expert’s survey may be unreliable 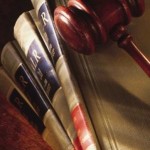 On February 16, 2012, in Cast Art Industries, LLC v. KPMG LLP (A-51/52-10) (066891), the New Jersey Supreme Court unanimously reversed an Appellate Court decision that had upheld liability against KPMG failing to uncover accounting fraud involving an acquisition by Cast Art Industries of KPMG client Papel. The decision upheld the privity requirements of New Jersey’s Accountant’s Liability Act which states that third-party suits against accountants can only be brought by those third parties that have established privity with the accountant. Under the New Jersey Accountants Liability Act, the preconditions to imposing liability to a non-client third party are that the accountant knew at the time of the engagement that the accountant’s results would be provided to a specific third party for a specific transaction, knew the third party intended to rely on those services; and expressed to the third party the accountant’s understanding of that reliance.

The NJ Supreme Court noted that:

KPMG did not know in November 1999, when it agreed to perform the audit, that its work could play a role in a subsequent merger because its agreement predated by several months Cast Art’s interest in Papel.”

In this article, we addressed background facts, and additional issues of this case pertaining to the use of experts to measure damages.

Permanent link to this article: https://betweenthenumbers.net/2012/03/nj-supreme-court-case-requires-privity-of-contract-in-accounting-malpractice-suits/