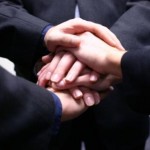 The “Big Four” accounting and audit firms are spending more than they have since 2002 (the year they lost one of their own in the Enron debacle) on lobbying the US government.  According to a Reuters analysis of congressional disclosure reports, the four accounting powerhouses spent a combined $9.4 million last year on in-house and outside lobbyists, broken down as follows:

This increased spending is substantially related to the regulatory changes currently being debated by the Public Company Accounting Oversight Board (“PCAOB’). These changes include such topics as auditor rotation, a highly contested subject for the auditors, for whom clients often represent long-standing relationships.  The PCAOB has indicated their concern that these strong client ties weaken auditor objectivity and skepticism.  Other changes being contemplated include (i) the inclusion of the individual lead auditor’s name on the audit report and (ii) additional disclosures as to the auditor’s opinions on the company’s overall accounting policies that go well beyond the current statement as to whether the company is considered a “going concern”.

Permanent link to this article: https://betweenthenumbers.net/2012/03/big-four-attempt-to-increase-their-influence/