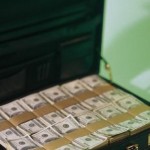 Rita Crundwell, longtime comptroller of Dixon, Illinois, is alleged to have defrauded the city of over $3 million in the last few months and misappropriated $30 million over the last six years.  The town of Dixon is small, with a population of under 16,000.

Crundwell lived a luxurious lifestyle that exceeded her $80,000 annual income.  She spent money on a $2.1 million motor home, jewelry, horse farms and other items.  FBI agents seized 2 bank accounts, 7 trucks and trailers, 3 pickup trucks, the motor home, and a convertible automobile, which were all allegedly purchased with money Crundwell inappropriately took from the city of Dixon.

The city’s independent auditors did not catch this alleged fraud for over six years.  The fraud came to the forefront when Crundwell was on an extended unpaid vacation.  Suspicions arose when another employee assumed the comptroller’s job when Crundwell was out.  Crundwell had apparently moved city funds into multiple accounts, including a joint account for the city and her.  Since July of 2006 to March of 2012, Crundwell deposited over $30 million of city funds in the joint account.  She then used this $30 million of funds for both her personal expenditures and city related expenditures.

This unfortunate situation could have been avoided with stronger internal controls, such as enforced vacations and segregation of duties (authorization vs. financial reporting vs. custody of assets).  Also, there were red flags that could have signaled potential fraud much earlier, such as Crundwell’s lavish lifestyle compared to her salary.  Internal controls are critical to fraud prevention and operating without such controls puts entities at significant risk.

Permanent link to this article: https://betweenthenumbers.net/2012/04/over-30-million-allegedly-misappropriated-from-city-funds/