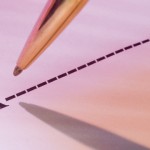 A Manhattan Judge dismissed a lawsuit brought by Howard Stern again Sirius XM Radio Inc.  The lawsuit centered around Stern’s claim that the company owed him stock awards for helping Sirius achieve specific subscriber counts.  Stern claims he was owed $300 million and his agent, Don Buchwald, an additional $30 million in stock.  Stern’s original deal was struck with Sirius Satellite Radio Radio Inc, who purchased XM in 2008.  The lawsuit centered around whether XM’s subscribers should be considered in Stern’s subscriber targets.

“While it may be true that Stern and Buchwald hoped and expected to reap the benefits from any significant growth that Sirius experienced after they entered into the agreement, that subjective expectation cannot suffice to override the clear, unambiguous language of the agreement.”

“I just know what I was promised.”

This lawsuit clearly demonstrates the need for parties to ensure that the contract language is consistent with the intent of the parties signing it.  The treatment of subscribers acquired through different means in Stern’s pay-out formula has significant financial implications. Stern obviously believes that Judge Kapnick’s ruling in this matter is inconsistent with the spirit of the deal, but he was unable to effectively use the contract to demonstrate it.  It is preferable to anticipate possible contingencies and spell out specific treatment whenever possible in order to prevent disagreement over interpretation after the fact.

Permanent link to this article: https://betweenthenumbers.net/2012/04/specific-language-is-important-in-agreements/