Case provides primer on regression analysis and what can go wrong

IRS to use tax preparer data to identify patterns of fraud

Who is being polled matters 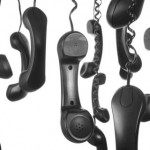 With the Republican primary  wrapping up and more attention placed on the national election, people are focusing on poll results.   Real Clear Politics (RCP), a well-known website that provides a plethora of poll results, just updated its summary of multiple polls’ results related to the general election:  Obama vs. Romney.    See summary table below.  Most of the mainstream media are correctly reporting the results of these various polls:  i.e., Obama leads Romney in practically all of the most recent polls except one.  However, this one outlier is perhaps the best predictor of all the polls.   Why?

One of the most important columns in the table (and probably the most ignored) is the column titled, “Sample”.   This column provides information about who the results are based on:  likely voters (LV), registered voters (RV), adults 18 year old or over (A).   The least indicative of these three types are polls that sample only adults 18 years old or over (A), because not only will a percentage of these adults not vote by choice, some can’t vote either because they are not U.S. citizens and/or are not registered to vote in their local areas.

Most national reputable polling organization report results of polls from sampled registered voters (RV).     This group provides an estimate of Americans who in theory are eligible to vote and could vote if they want to.  However, not all registered voters will actually vote.  Thus, some pollsters have created various methods to determine who are the likely voters (LV) of the registered voters.

Based on the respondents’ answers, the pollster will assess the probability the person will actually vote.

Every election cycle provides pollsters additional data to adjust their methods for determining likely voters to make them more accurate.  When reviewing poll results, the population sampled provides important insight on the relevancy of results.

Permanent link to this article: https://betweenthenumbers.net/2012/04/who-is-being-polled-matters/