FTC and Skechers Agree to a $40 Million Settlement 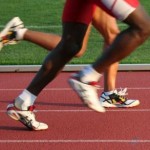 The Federal Trade Commission (“FTC”) and Sketcher USA Inc. reached a $40 million settlement on charges that Sketchers deceived consumers.  The FTC joined with 45 attorneys nationwide in the consumer protection agency’s claims against Sketchers.

According to the FTC,

The Federal Trade Commission announced that Skechers USA, Inc. has agreed to pay $40 million to settle charges that the company deceived consumers by making unfounded claims that Shape-ups would help people lose weight, and strengthen and tone their buttocks, legs and abdominal muscles.

Besides Shape-ups, Skechers also made deceptive claims about its Resistance Runner, Toners, and Tone-ups shoes, the FTC alleged. Consumers who bought these ‘toning’ shoes will be eligible for refunds either directly from the FTC or through a court-approved class action lawsuit, and can submit a claim here. The settlement with the FTC is part of a broader agreement, also being announced today resolving a multi-state investigation, which was led by the Tennessee and Ohio Attorneys General Offices and included attorneys general from 42 other states and the District of Columbia.”

Skechers’ unfounded claims went beyond stronger and more toned muscles. The company even made claims about weight loss and cardiovascular health…The FTC’s message, for Skechers and other national advertisers, is to shape up your substantiation or tone down your claims.”

The Shape-Up line was launched in 2009.  Sketchers has made over $1 billion in sales from its fitness shoes.  Their shoes retail anywhere from $60 to $100 a pair.  The line was made more note worthy by advertising endorsements by high profile celebrities, such as Kim Kardashian.

The Skechers settlement comes one year after the FTC’s settlement with Reebok, who agreed to pay $25 million to settle charges that it misled consumers with false claims about EasyTone walking shoes and RunTone running shoes.  Claims for health benefits derived via shoes and apparel are clearly on the FTC’s radar.

Permanent link to this article: https://betweenthenumbers.net/2012/05/ftc-and-skechers-agree-to-a-40-million-settlement/