Between the Numbers of Salesforce.com

FTC and Skechers Agree to a $40 Million Settlement 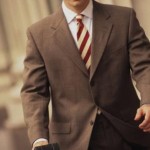 In Tussey vs. ABB. Inc. (Case No. 2:06-CV-04305-NKL, March 31, 2012), a United States District Court for the District of Western Missouri decided an important case regarding common fees and revenue sharing within 401(k) plans. The case imposed extensive liability on the plan sponsor, resulting in $36.9 million of damages, plus Plaintiff’s attorneys’ fees. We provide quotes and analysis of the Tussey case in this article.

The first trial result to factually address these issues is Tibble vs. Edison International, which is now on appeal at the Ninth Circuit (Case No. 10-56415). In the Tibble case, the trial court concluded that plan fiduciaries breached their duties by offering only retail share classes as investment options. The Ninth Circuit appeal is garnering industry and government amicus briefs, but is not yet obtaining the attention it deserves with plan sponsors.

The common practice of revenue sharing was central to the entire case. The fact that “everyone else is doing it” was not convincing to this Court. While the Court took efforts to state that it was not concluding that revenue sharing was per se a fiduciary duty violation, it is clear that a direct explicit “hard dollar” charge to participant accounts would have been more transparent, and would have been perceived better by the Court. Of course, most plan sponsors purposefully avoid such explicit charges to 401(k) participants’ accounts, preferring instead to perpetuate the myth that such plans are “free”.

The Court also found the plan sponsor liable for investment losses associated with the replacement of a lower-cost investment with a higher-cost mutual fund alternative. This was the wrongdoing that generated the largest damages. The wrongful conduct ran right to the heart of a plan sponsor’s selection of higher-priced funds, which in turn allowed the entire revenue sharing process to begin.

Following ERISA § 413, 29 U.S.C. § 1113, the Court applied a six-year statute of limitation from the “date of the last action which constituted a part of the breach or violation.” This lengthy damage period will consistently make these cases large.

Around two and a half years ago, we reported on a settlement involving similar issues. At that time, there were multiple defendant-favorable cases. Most notable of these is Hecker vs. Deere, which we discussed in this same article.

Permanent link to this article: https://betweenthenumbers.net/2012/05/big-plaintiff-victory-in-revenue-sharing-401k-trial/