Investment fraud and financial exploitation of seniors is an epidemic

Will the IRS finally get serious about its whistleblower program? 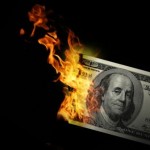 Recent allegations that funds intended for veterans and mistreated animals is actually mainly dedicated to further marketing efforts (and lining the pockets of one marketing company in particular) are causing anger among many donors. SPCA International raised $27 million dollars, but CNN.com reports that it spent nearly the same amount on direct mail services purchased from Quadriga Art LLC and its affiliated company Brickmill Marketing Services.  Similar claims have been made about the Disabled Veterans National Foundation and the National Veterans Foundation, both of whom also employ Quadriga Art.  While direct mail efforts can increase donation levels, donors clearly want to see that their donations largely go to the underlying causes the charity is supporting.

There have also been suspicions about the charitable work of these non-profits.  For instance, CNN reported that the Disabled Veterans National Foundation was donating items of questionable value to the disabled veterans it was claiming to assist, such as large quantities of hand sanitizer, chef’s coats and dress shoes.  Apparently many of the items were surplus that the charity had received at no cost.

Donors should be vigilant about the use of their funds by a charity to ensure their intentions are followed. A best practice is to check the ratings provided to charities by industry watchdogs, such as Guidestar and CharityWatch.

Permanent link to this article: https://betweenthenumbers.net/2012/06/funds-donated-to-well-known-charities-are-mostly-going-towards-further-marketing/