Big Players in the gTLD Applications

Investment fraud and financial exploitation of seniors is an epidemic 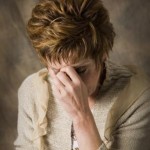 Results of a study entitled “Elder Investment Fraud and Financial Exploitation Survey” were released on June 13, 2012. 762 responses from primarily state securities regulators, adult protective services workers, social workers, medical professionals, and financial planners provided an unequivocal message that the elderly are being taken advantage of to an alarming degree.

Healthcare providers, regulators, caregivers, and financial advisors need to be particularly aware of the possibility of financial fraud being perpetrated on the elderly.

Permanent link to this article: https://betweenthenumbers.net/2012/06/investment-fraud-and-financial-exploitation-of-seniors-is-an-epidemic/