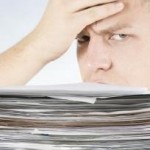 On June 13, 2012, after more than a year of deliberation, the International Accounting Standards Board (IASB) and U.S. Financial Accounting Standards Board (FASB) agreed on an approach for accounting for leases that generally will be simpler to implement than some of their earlier and more controversial proposals. The Boards plan to release a joint Exposure Draft in the fourth quarter of this year, with a final pronouncement occurring in 2013.

Details of the planned pronouncement are contained in this article.

Numerous leases that previously did not require balance sheet recognition in the U.S. will now be recorded as a liability. This will change debt ratios on the balance sheet, which potentially can affect loan compliance ratios and covenants. Because of this major change, those negotiating loans and loan agreements should make arrangements now so that any changes in accounting standards will not cause a default, but will instead involve a restatement of the covenant itself.

Permanent link to this article: https://betweenthenumbers.net/2012/07/accounting-standard-will-require-significantly-more-leases-to-be-put-on-the-balance-sheet/