Forbes Gets it Wrong. 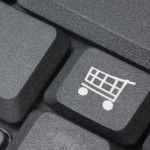 That’s a headline I did not expect to get a chance to write.  And to be honest, the mistake is on a post on the Forbes blog and not their namesake publication, which I presume gets more scrutiny.  But the flaw is in fact quite obvious.

The post relates to the Internet Sales Tax bill making its way through Congress.  The blog posting describes how it will cost the average person an additional $167 per year.  That number was calculated by multiplying (i) a Forrester Research projection that Americans will spend an average of $1,738 online in 2016 and (ii) an average sales tax of 9.6%.  See the flaw? It’s really painfully simple.

The flaw is that nine of the top ten e-commerce sites by sales volume already charge sales tax!  And the tenth one, Amazon, for reasons of its own, already has voluntarily agreed to collect sales tax in California and other large states.  So a significant portion of that $1,738 of online purchases are already taxed, with or without the new law.  In determining the incremental cost of the proposed bill to the online shopper, one must perform the calculation using only the component of online purchases which aren’t currently being taxed.

Permanent link to this article: https://betweenthenumbers.net/2012/08/forbes-gets-it-wrong/