Whistleblower Emerges From Jail and Collects Over $100 Million Reward 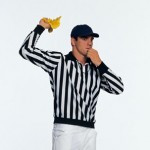 Despite prior criticism that the IRS hasn’t been properly paying under it’s whistleblower reward program (discussed here), it recently awarded a record amount  of $104 million to Bradley Birkenfeld.  The reward derived from information he provided leading to the 2009 agreement by UBS to pay $780 million in fines, penalties, interest and restitution related to allegations that it helped affluent Americans hide billions of dollars in Swiss bank accounts.  Mr. Birkenfeld’s information also led to billions in individual tax recoveries.

The twist in this case is that Mr. Birkenfeld is not your typical whistleblower.  He was recently released after spending 30 months in jail for his involvement and withholding information related to the matter.  However, many believe that despite the prison time, the size of the award will encourage others to come forward and report large scale tax frauds, even if they are involved themselves. At over $100,000 per day in prison (before taxes and legal fees), some may suggest that the punishment is dwarfed by the reward.

Permanent link to this article: https://betweenthenumbers.net/2012/09/whistleblower-emerges-from-jail-and-collects-over-100-million-reward/