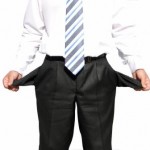 A former bank executive filed suit against the Internal Revenue Service (IRS) for failing to pay him a whistleblower award for information submitted in 2007. As initially reported in the Washington Post, Joseph Insinga

… alleged that Rabobank Group, where he worked as an executive for more than a decade, helped seven companies avoid hundreds of millions of dollars in taxes through offshore partnerships and other corporate schemes. But he says that he has heard nothing from the IRS. … Part of the frustration for Insinga, he says, is that after five years he has received no formal determination from the IRS about whether he is even entitled to an award, even after money is collected and appeals are exhausted.

The IRS official in charge of his case said the government remains ‘open for an award determination,’”

In reports the IRS submits to Congress, it is clear that the IRS is not paying generously to whistleblowers. In fiscal 2010 (the last year for which data has been made available), the IRS collected $465 million under the whistleblower program, but paid only $19 million in rewards – far less than what would be indicated in the percentages described in the preceding paragraph.

The Securities Exchange Commission (SEC) also has a whistleblower reporting system that was instituted under the Dodd-Frank Act. We describe this whistleblower program here.

Permanent link to this article: https://betweenthenumbers.net/2012/03/irs-ignoring-payments-required-by-its-whistleblower-program/