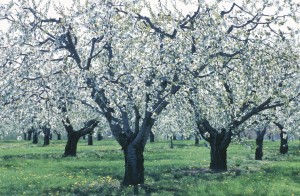 Valuation in an eminent domain case is necessarily accomplished through experts. In County Of Glenn vs. Patrick Foley (California Third Appellate District, case no. C068750, November 26, 2012), the Trial Court was reversed with directions. The trial court had excluded the property owner’s valuation expert, thus effectively eviscerating the property owner’s case.

The subject property was 400 acres of raw land. The appraiser concluded that the highest and best use of the land was for agricultural use as an orchard, such as for olives. The property owner’s appraiser identified seven comparable sales, all of which had already been developed as orchards. Using data from the University of California, cost adjustments were made to account for the difference between the raw land and a developed orchard. Additional qualitative adjustments were made, none of which the government authority disputed.

The Trial Court concluded it was inappropriate to compare raw land to orchard land, even with the adjustments that came from university studies. Accordingly, the Trial Court exercised its gatekeeper function and excluded the property owner’s appraisal expert. The Appellate Court concluded that, although expert testimony can be excluded if it provides no useful information or mere speculation, the jury was capable of evaluating the appraiser’s methods and conclusions. Consequently, the trial Court’s exclusion of the expert was in error.

Because of a recent California Supreme Court ruling, California now follows a standard close to the federal Daubert case. This article provides an explanation.

Permanent link to this article: https://betweenthenumbers.net/2012/12/california-appellate-court-criticizes-expert-witness-exclusion-in-eminent-domain-case/