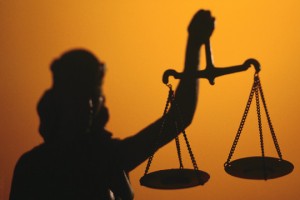 In Carnegie Mellon University vs. Marvell Technology Group (Western District of Pennsylvania, Case no. 09-290), the jury awarded $1.17 billion in reasonable royalty damages. This is one of the largest patent infringement damage awards ever. Marvel indicated it will appeal.

Recently, large damage awards have not fared well on appeal, thus generating a number of important recent rulings. Some of these reversals are described in the following articles:

In denying a motion to preclude certain damages-related evidence, the District Court described the opinions of each parties’ experts as follows:

[Plaintiff] has proffered Catharine Lawton, who will testify that a hypothetical negotiation involving Marvell and CMU would have resulted in a reasonable running royalty of $0.50 for each sale of the Accused Chips by Marvell from the first date of infringement (March 6, 2003) to the present. (Docket No. 461 at 10). Her opinions concerning the negotiations in this case are truly hypothetical because there are no established royalties in this case as CMU has never entered into a running royalty license with a third party for use of only the patents-in-suit. Ms. Lawton’s opinions instead rely on a complicated, market-based economic calculation of a potential reasonable royalty for the patents-in-suit. After Marvell produces updated sales data closer to trial, and Ms. Lawton applies her reasonable royalty of $0.50 to these figures, her opinion may result in a damages claim at or near one billion dollars.

To counter this evidence, Marvell has proffered Creighton Hoffman as its expert and he opines that a reasonable royalty in this case would be a single lump sum payment of $250,000.”

The $1.17 billion is based on Plaintiff’s running royalty rate, which the jury did not adjust or reduce. The award, even before possible tripling because of the jury’s finding of willful infringement, is quite high relative to Marvell’s size and profitability. This alone will encourage the appellate court to take a closer look.

The case will likely encourage universities to sue under their patents. Historically, many universities have not been active litigants involving their often-substantial patent portfolios.

Permanent link to this article: https://betweenthenumbers.net/2012/12/huge-patent-infringement-damage-sets-the-stage-for-further-federal-circuit-guidance-on-reasonable-royalties/