A Mistake Reveals an Economic Reality 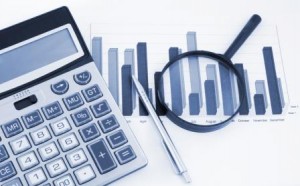 The U.S. Securities and Exchange Commission (SEC) just released its first annual report of the “Securities Whistleblower Incentives and Protection” (Section 922) created under the Dodd-Frank Wall Street Reform and Consumer Protection Act (aka “Dodd-Frank Whistleblower Program”).  To reportedly encourage employees to report complaints without fear of retaliation by their employer (e.g., getting fired), the SEC established rules providing whistleblowers, among other things, (i) the right to sue their employer for retaliating, and (ii) eligibility for monetary rewards if the information  provided results in monetary sanctions of more than $1 million. The following summary statistics were provided in the report that relate to fiscal year 2012:

This annual report lacks sufficient data/information to determine the success or failure of the Program.  Although the Program is only one year old, additional data/information would help determine it prognosis.  For example: What percentage of the whistleblower tips resulted in an investigation?  What percentage of the tips resulted in enforcements?  What were the annual number of whistleblower tips prior to the Program?

Additional information on whistleblower services can be found here.

Permanent link to this article: https://betweenthenumbers.net/2013/01/first-statistics-on-the-dodd-frank-whistleblower-program/