Global Unemployment is Expected to Break the All-time Record, And Then Get Worse

The global all-time high of unemployed workers was 199 million people in 2009. In 2012, the amount of jobless topped 197 million, with the International Labour Organization (ILO), an agency of the United Nations based in Geneva, declaring a “crisis in labour markets of both advanced economies and developing countries.” In the last year, 4 million more people were left out of work, and that trend is expected to continue with another 5.1 million people expected to be jobless in 2013.

This would bring the total jobless worldwide to 202 million, breaking the record set in 2009. According to the ILO, by 2017, the problem will have increased, with 210.6 million people worldwide out of work.  These numbers do not include those people who stopped looking for work or dropped out of the work force entirely, so the situation may be more dire.

The global economic slowdown has hit young people particularly hard with a 12.6% unemployment rate representing some 73.8 million unemployed people from the ages 18 to 24. The unemployment rate for that age range is expected to increase to 12.9% in 2017, leaving the world’s youth in a tough spot.

As the global unemployment rate rises, it will be interesting to see how the U.S. labor market reacts. 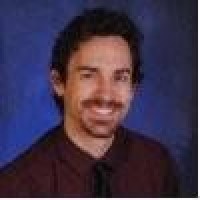 Permanent link to this article: https://betweenthenumbers.net/2013/02/global-unemployment-is-expected-to-break-the-all-time-record-and-then-get-worse/