Most S-Corporations should pay greater attention to shareholder/employee compensation

Get the Court’s Daubert Rationale on the Record 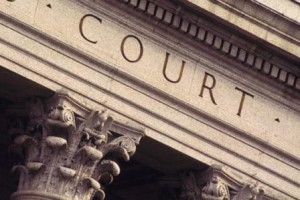 A recent ruling encourages any litigator sponsoring expert testimony to ensure that the Court memorializes its critique of the Court’s gatekeeping function of expert testimony. The ruling also reversed two inherently speculative damage claims claims that  are not that uncommon.

First, the Appellate Court, who normally would reverse a ruling on the admissibility of expert testimony under an abuse of discretion standard, decided to address a Daubert issue de novo. This occurred based on the premise that the District Court failed to perform a Daubert analysis at all. However, the record did not indicate that the District Court did not perform an analysis; rather, the Court’s thinking was not placed adequately on the record. The Opinion states:

“The question of whether the district court actually performed its gatekeeping function in the first place is subject to de novo review. If we are satisfied that the court did not altogether abdicate its role under Daubert, we review for abuse of discretion its decision to admit or exclude expert testimony. … [Citations omitted]

From the evidence in the record, we are unable to conclude that the district court sufficiently evaluated the admissibility of Dr. Smith’s testimony. There are no statements on the record indicating that the court conducted a Daubert analysis. The judge denied without comment the defendants’ motion to preclude Dr. Smith’s testimony as unreliable and unhelpful to the jury. In denying the motion to strike the trial testimony on the same grounds, the court stated only that “[a]ny infirmities in the witness’s testimony were exposed during cross-examination. Whether these undermine the creditability of the witness’s ultimate opinion(s) are for the jury to determine.” But a court cannot rely on the jury to determine the relevance and reliability of the proffered testimony in the first instance; Daubert and its progeny place this responsibility in the hands of the district court.”

Additional information on Daubert process and rulings appears in the article, “Is Daubert Overapplied?“.

Second, perhaps the nature of the damages claimed provide the reason the First Circuit took such a dim view of the trial court’s Daubert analysis. The damages being reversed included the following two problematic damage types:

“This testimony was inadmissible under Rule 702. By the time this case went to trial, more than five years had passed since Smith’s credit troubles began. Even assuming that Smith actually had the capacity to borrow twice his income at the suggested rates, a proposition for which Dr. Smith cited no authority but himself, there was no evidence that Smith tried to or had the intention to borrow anything close to that amount during those five years. The conclusion that Smith should nonetheless be compensated as if he had borrowed the maximum amount of “available” credit in year one at the high cost of 25% per year is unsupportable. The disconnect between Dr. Smith’s methodology and the facts of the case rendered the testimony unhelpful to the jury in determining Smith’s actual damages.

Similarly, there was no evidence of the likelihood of Smith borrowing the stated sum in the remaining two years before the foreclosures would disappear from his credit report. Nor was there any evidence of his income at the time, a crucial variable in Dr. Smith’s formula. “With respect to future damages, a plaintiff is entitled to compensation for all damages that reasonably are to be expected to follow, but not to those that possibly may follow, the injury which he has suffered.” Absent evidence to the contrary, Smith’s loss of future credit expectancy at the rate calculated by Dr. Smith was merely in the realm of possible harm. As such, it was speculative and should have been excluded. [Citations omitted]

The Opinion’s first reason for the new trial on damages has the widest impact, since any trial using an expert witness could be affected by this finding. Initially, Daubert hearings occurred when specifically requested before the expert’ testimony, and were certainly not required in every trial that contained an expert witness. Now, Daubert hearings are so common that an Appellate court concluded that it was an abuse of process for the trial judge to make a ruling that included a statement that the jury was capable of assessing the reliability of the witnesses’ conclusions based on the cross-examination that actually occurred. This Opinion demonstrates how important and widespread the Court’s gatekeeping function has become.

Permanent link to this article: https://betweenthenumbers.net/2013/11/first-circuit-reverses-two-speculative-damage-types/