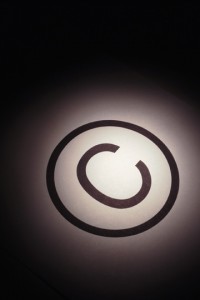 Technology is changing at a rapid pace and this change touches on some serious legal issues.  A recent article by Marc Miller and Melissa Reinckens of DLA Piper discusses a case that will be heard by the U.S. Supreme Court.  The cases involves,

Aereo, a New York-based startup technology company financed by Barry Diller, utilizes warehouses full of tiny antennas to capture over-the-air television and then retransmit it over the Internet to its subscribers’ digital devices. It claims that from a legal perspective this service is no different than a user receiving the same signals through their own home digital antennas.

Broadcasters such as CBS, NBC, Fox, ABC, PBS and others, have sought to shut down Aereo, and its copycat services, which they view as an immediate threat to the broadcast television industry’s over-the-air programming royalty regime. They claim that Aereo infringes the ‘public performance’ right in their programming, which is protected by copyright.

The broadcasters’ demand for a preliminary injunction against Aereo was denied by a New York federal court, which found no infringement of public performance rights. The Second Circuit affirmed the denial of relief, then turned down the broadcasters’ request for en banc rehearing.”

The issues at stake for Aereo and the Broadcasters is,

Despite the case’s high stakes, the broadcasters’ petition for certiorari framed a succinct question for the Court’s consideration: ‘Whether a company ‘publicly performs’ a copyrighted television program when it retransmits a broadcast of that program to thousands of paid subscribers over the Internet.’ While most parties that win in lower courts oppose petitions for Supreme Court review, Aereo wants a decision declaring that its service is legal nationwide, and so agreed with the broadcasters that the Court’s intervention is warranted now to clarify the law, and set the course for future television and Internet technologies.”

Of course, if Aereo is found to violate the broadcasters copyrighted materials then the issue of damages arises.  Title 17 of the United States Code, Section 504, discusses remedies in such cases.  Generally, the copyright owner can claim (i) actual damages and any additional profits of the infringer or (ii) statutory damages.  Damage experts are employed to assist with calculations of actual damages and additional profits of the infringer.  See here for more details.

Permanent link to this article: https://betweenthenumbers.net/2014/01/us-supreme-court-to-hear-significant-copyright-case/