From Hoops to Riches? 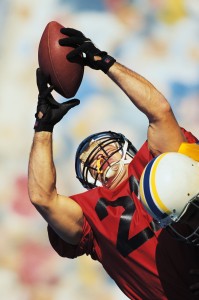 A recent article by Case Funding Inc., indicated that Judge Anita Body had questions about the adequacy of the $765 million settlement between the NFL and NFL players.  The settlement relates to mild traumatic brain injuries (mTBI) that NFL players have suffered or may suffer in the future as a result of their NFL careers.

Football players are perhaps the quintessential example of those at risk of experiencing the effects of mTBI. Players’ brains are knocked around inside their heads repeatedly during a game, and many players suffer multiple concussions throughout their careers.  It is fitting then that the highest profile mTBI case is between thousands of former NFL players and the NFL.”

After months of negotiation, both sides agreed to a $765 million settlement that would be set aside to compensate players as follows:

The terms of the settlement dictate different payouts depending on what conditions a player develops and how many years spent playing in the NFL, including $5 million for players who develop ALS, and $3 million for those who develop serious dementia.”

However, the article states that Judge Body

… noted that the settlement might not be sufficient if even 10% of the players made claims against it.”

It is important when calculating amounts owing in the future to make sure estimates and forecasts are done properly, so that victims can be fairly compensated.  It appears from the Judge Body’s concerns that both sides have not been thorough in their analysis of future claims.  Damage experts should be employed to assist with such calculations.  Fulcrum Inquiry routinely assists clients with these sorts or analyses (see here).

Permanent link to this article: https://betweenthenumbers.net/2014/01/765-million-settlement-not-enough/