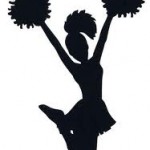 GQ magazine recently released its ranking of America’s worst sports fans.  While most fans made the list for being “bottle-throwers, couch-torchers, sexual harassers, projectile vomiters” or something equally despicable, the Los Angeles Lakers registered at number 15 simply for being fair weathered.  The magazine cited widespread abandonment in 1991 when Magic Johnson retired and a similar exodus when Shaq left in 2004.  Any predictions as to what will happen if the Lakers fail to 3-peat in the current playoffs?

Like Lakers fans who abandon their team, the United States has soured on free markets, according to a survey by GlobeScan.  GlobeScan conducted 12,884 interview in 25 countries, asking respondents whether they agreed or disagreed (either “strongly” or “somewhat”) with the statement, “The free market system and free market economy is the best system on which to base the future of the world.”

Less than ten years ago, 80% of U.S. citizens gave free markets a thumbs up (either “strongly” or “somewhat”).  As recently as 2009, about 75% felt the same way.  That percentage now stands at 59, dead even with Canada.  China, ruled by the Communist Party, tops the list of free market approval together with Brazil and Germany.  With America’s Great Recession still in short-term memory and its effects still abundant, it is not surprising that American enthusiasm for free markets has dampened.  However, the magnitude, suddenness, and timing of that decline are surprising.

While “free market approval” does not track the economy as closely as one might guess, the sudden drop is likely due to prolonged economic sluggishness.  GlobeScan conducted its interviews during the summer of 2010, just as main street’s economy (i.e. jobs) was starting to show mild signs of life and well after the stock market rebounded. While the Great Recession officially started in December 2007 and ended in June 2009, cumulative job losses peaked in February 2010 but have made steady though modest gains since that time.  The stock market rocketed upward in 2009 and built upon those gains handsomely in 2010.

It is somewhat surprising then that attitudes soured as much as they did in 2010, a year that generally lacked bad economic news. The drop might be an effect of what did not happen: significant jobs recovery.  The survey’s findings appear to confirm this theory, citing those with low incomes in 2010 as the category with the biggest change in attitude.  The GlobeScan release states:

Americans with incomes below $20,000 were particularly likely to have lost faith in the free market over the past year, with their support dropping from 76 per cent to 44 per cent between 2009 and 2010.”

Globescan’s release is silent on what alternative economic systems respondents would favor.  If free markets are not the best system going forward, what is?  My guess is that former free market supporters are not embracing alternative economic systems any more than Lakers fans suddenly embrace the Los Angeles Clippers when the Lakers are down (although I do recall a mild bandwagon in 2006 when the Clippers made the playoffs and actually won a few games). For this reason, GlobeScan may not have anything interesting to report in terms of attitudes toward free market alternatives.

The U.S. economy today is a long shot from the high-energy thrills we grew accustomed to during internet and housing boom times.  As a result, those who are taking the brunt of the business cycle are naturally down on their team.   However, lack of boom times is not an indication that free markets make a bad economic system any more than the Lakers are a bad team in non-championship years.  Anything short of number one just happens to be less of a thrill when you are accustomed to the limelight.  When you’ve lost your job, it’s easy to forget that free markets provided an abundance of championship business cycles.  Comparing U.S. per capita income with that of other countries, even in tough times, is a reminder of the system’s credibility, even though the comparison may do little to ease the pain of unmet expectations.

For those whose confidence in free markets has waned, take heart.  As every Lakers fan knows, another championship year is not terribly far away.  When that year comes, the fickle fan base will be back in droves sporting yellow and purple hand-in-hand with Jack Nicholson and company.  When boom times return, so will the love for free markets.

Permanent link to this article: https://betweenthenumbers.net/2011/04/lakersoffer-lesson-for-capitalisms-fair-weather-fans/