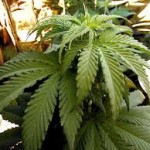 Recently, someone very close to me was diagnosed with metastatic cancer.  When something like that happens, you do a lot of research on a whole range of subjects.  One of these subjects is medical marijuana.  As primary caregiver, I needed to research medical marijuana since so much of the responsibility would be falling on me.  I can’t grow a decent tomato.  The tasks of  cultivating and preparing a pharmaceutical strong enough to counter chemotherapy side effects seemed downright daunting.  So far, none of that research has been used, but there is still a long road ahead.  And pretty much everything regarding medical marijuana can be put into two camps:  the quotation markers and the non quotation markers.

The quotation markers talk about “medical” marijuana with underlying disbelief.  It is kind of nudge-nudge, wink-wink.  We know its really just a bunch of stoners.  Nevertheless, as we roll our eyes, we will perhaps give it a sheen of respectability by calling it “medical” .  Plus, you know, maybe some of them actually need it.  You know, maybe.

Leading the list of Quotations markers is the FDA, which continues to list Marijuana as a Schedule 1 drug.  In fact, the whole reason why we have a complex alternative system for medical marijuana stems from the FDA.  To meet the requirements of being a Schedule 1 drug, a substance must meet all three of the following criteria:

1.  A high potential for misuse

2.  No accepted medical use

3.  No practical method for the safe use under medical supervision.

The first is true, but the law requires that all  three criteria must be met in order to qualify for Schedule 1 status.  In this case, the third requirement is downright silly when compared to the drugs I see being used in chemotherapy.  So that leaves the second.  Certainly by now, there is enough anecdotal evidence to support medical use.  But in the chicken-and-egg world of the FDA, you can’t do medical trials of Schedule 1 substances.  There was a brief 10-year window for trials that did yield some positive preliminary results.   However, understandably, there is little economic interest in doing trials that you know the FDA will just slam shut, resulting in no advancement.

The people that were definitely not in the quotation marks category are the doctors I asked.  Their answers were similar: ‘Not everybody needs it’.  Distinctly missing in their answer were words like ‘ineffective’ and ‘useless’.  I am certain that they would not have hesitated using these words if it was so.  I uderstood from their answers that they had patients that were needing and using medical marijuana, just not everybody.   And the truth is that doctors do have a huge arsenal of drugs for countering chemotherapy side effects.  We have a whole tub of bottles of such drugs, and they do work well.  So I find it interesting that the doctors did not just dismiss marijuana as pointless, but left the door open as an extra choice in case all those other bottles were not enough.  They didn’t reject the possibility of someday having a bag in there with those bottles.

Bear in mind that to be a Schedule 1 drug there most be NO medical use.  Not that a substance isn’t the best, first, or most common treatment, but that there be no use at all.  So why on earth despite all the (admittedly anecdotal) field evidence, doesn’t the government simply recognize marijuana as a Schedule II or III drug, which are still highly illegal for nonprescription possession or use?   So instead of the simplicity of changing marijuana to Schedule II or III, we have a patchwork of states with an entirely separate procedure.  In California, we have two slightly contradictory ones:  Proposition 215 and SB 420 from 2003.  (Did some staffer really wait until exactly 419 other bills had been introduced just to get that number?)

Doctors do not write prescriptions for medical marijuana; they only write ‘recommendations’ for it.  Technically, these fall into the same legal category as if they had written a recommendation for someone at a high risk of heart attack to take half an aspirin each day or a diabetic person to go on a diet.  But aspirin and diets are legal.  The recommendation for marijuana is not.  Unlike any other doctor’s recommendation, one for medical marijuana sends one down a bizarre and semi-illegal path.  The first feature of this path is that, as the primary caregiver, I would be the only person other than the patient that can grow the marijuana.  That seems to make as much sense as expecting me to make my own penicillin by decomposing bread.

This presumes that you are approaching the marijuana as a real drug, where potency and consistency are important, rather than a quotation-marked ‘medical’ marijuana.  Not to mention it takes weeks for a plant to grow and mature.  If that tub of medicines proves not to be enough to keep the chemotherapy side effects at bay, the last thing I will have time to do is to take cuttings and plant the exactly 12 immature plants that the law allows, and then grow them to maturity while insuring that no more than 6 plants are mature at once.  Then, I would need to determine the THC producing female plants from any male plants, judge the time of peak potency, correctly harvest, and then dry the buds.  This sounds pretty daunting for that person who has trouble growing a decent tomato.

The law does allow collectives of patients and/or primary care givers to cooperatively grow.  According to the implementation regulations of SB420, a dispensary (a term not recognized in the law) must be structured as a not-for-profit entity owned by the patients (or primary caregivers) themselves.  The dispensary must grow all of the marijuana themselves with their own personnel in their own facility.  Few I suspect would meet that standard if audited.  But since so many people are regarding them as “medical” marijuana establishments, they regard the people being served as “sick” only in the sense that they went through the motions to get their recreational use sanctioned by a “doctor”.

Consequently, we have the highly publicized closing of dozens of dispensaries in the city of Los Angeles.  Definitely a quotation marks action.  If they believed that the dispensaries were treating sick people for real diseases, would anybody care how many there are or where they were located?  Would the city be concerned about the number of dentists or physical therapists, or chiropractors in the city?  Instead, the dispensaries are treated as an evil which must be constrained and limited because the facilities are right in the middle of quotation marks territory.

In the same vein, Los Angeles voters in the last election passed Measure M, which imposed a 5 percent gross receipts tax on all dispensaries; essentially, this is another sales tax.  Now, bear in mind that dispensaries were already expected to pay sales tax and any other normal business fees otherwise required of a not for profit business.  So the extra 5% can only be categorized as a ‘sin tax’.  A sin tax on medicine?  You can’t get to the point of wanting to put a sin tax on medicine unless you have some industrial strength quotation marks at your disposal.

In some respects the success of the law is the reason for the quotation marks and the temptation to tax.  In the ballot argument in favor of Measure M, its supporters said that it would bring in ten million dollars per year, which would mean that selling medical marijuana is a two hundred million dollar business in Los Angeles.  Obviously it is a lot more than just the chemotherapy patients participating.

So ask yourself, do you put quotation marks around “medical” marijuana or not?    Should we as a society get rid of the quotation marks and treat it as a real prescription drug?  Should this be treated as a  drug that I could purchase at a pharmacist after getting a prescription, just like every other pill for chemotherapy side effects that I already have?  If so, I could take the prescription to a pharmacist and receive something of consistent and measured potency from a legitimate producer.  Or should we just drop the pretense entirely and recognize it as another restricted and regulated vice like alcohol, gambling, and tobacco?  Right now, we are doing one thing some of the time and the other the rest of the time.  We are not doing either of them very well.

Permanent link to this article: https://betweenthenumbers.net/2011/05/medical-marijuanas-quotation-marks-2/