Google's Old Answer in Search of a New Problem. 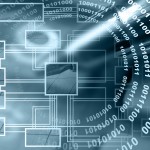 Microsoft just announced that it will be paying $8.5 billion for Skype.  It is the largest purchase ever for Microsoft, who in recent years avoided big ticket acquisitions since the lackluster results of its purchases of adQuantive and Danger (the makers of the sidekick phone, which gave Microsoft the flop known as the Kin).

Microsoft was bidding against Google (who bid less than half of Microsoft’s price) and Facebook.  In some respects, Facebook is seen by some as a winner in the deal.  Since Facebook has a strategic partnership with Microsoft already, there is a good chance that it might get the voice integrated features to beef up its site while having Microsoft front the cash and R&D.

But was it worth over eight billion dollars?  If not, how can Microsoft make it so that it is?

Currently, Skype has eight million paying subscribers.  So a rough shift of the decimal-point indicates that Microsoft is paying about a thousand dollars for every Skype subscriber, most of which pay thirty dollars per year.  Yes, those numbers don’t make sense.  So Microsoft has to get a lot more people paying that thirty dollars per year since price increases with the exiting customer base will never get to an economic acquisition.  Here are some possibilities:

But these two possibilities are just a matter of finding new customers from existing bases.  To really make the acquisition worth $8.5 billion, you need to create synergy to enable a whole new business line.  I thinking of the global cloud-based PBX that everybody belongs to and you access from any device. Whether you are on your phone or tablet or at your desk or sitting on your couch in front of your Kinect, you access the same combined voice/video/email message center and participate in joint conversations with people anywhere who themselves might be at their phone or tablet or desk or living room.  While Skype’s current features are nice, they don’t measure up to everything a full PBX can do with routing, conferencing, forwarding, etc.  Many will not want these functions, but some will be willing to pay more for them.

Unified communications vendors have been pushing this vision for years, but were limited by the boundaries of a single enterprise.  By using cloud computing, that barrier is removed.  And with Exchange and Linc Server (formerly known as Microsoft Communications Server), Microsoft has the back-end software technology and experience in building and running big data centers.

While it is hardly automatic, Microsoft has an opening to make Skype into something far bigger than what it currently is.  If so, $8.5 billion may be a reasonable price.

Permanent link to this article: https://betweenthenumbers.net/2011/05/how-to-make-skype-worth-8-5-billion-dollars/