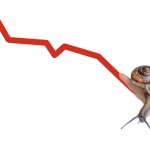 While jumps and dips in the economy are known to shake up private sector payrolls generally, jobs at law firms have traditionally been safe bets in the face of a recession. The same cannot be said of the Great Recession, officially started in December 2007. This time around, the legal industry’s suffering has mirrored that of the larger private sector. To make matters worse, while the private sector now cheers recent employment gains, legal sector jobs are still being cut.

The early 2000’s recession showed even greater disparity in favor of legal jobs. The legal sector continued to experience robust growth during that recession (March 2001 – November 2001) and for several years after it ended. The legal sector grew payrolls 5.4% over the same period that the larger private sector cut 3% of its head count.

The Great Recession is a different story. Legal sector head counts flattened starting in late 2005 before the broader economy showed weakness and two full years before the start of the Great Recession (December 2007 – June 2009). This early flattening may have been a lagged effect from the early 2000’s recession, rather than an indication of the approaching downturn.  Either way, when the Great Recession hit in full force, the legal sector’s losses reached nearly 6% of its pre-recession employment peak (on a seasonally adjusted basis).  The 6% work force reduction in the legal sector approached the 7.6% reduction experienced by the private sector as a whole.  The following chart shows the legal sector’s losses compared to losses faced by the larger private sector for each of the last three recessions. 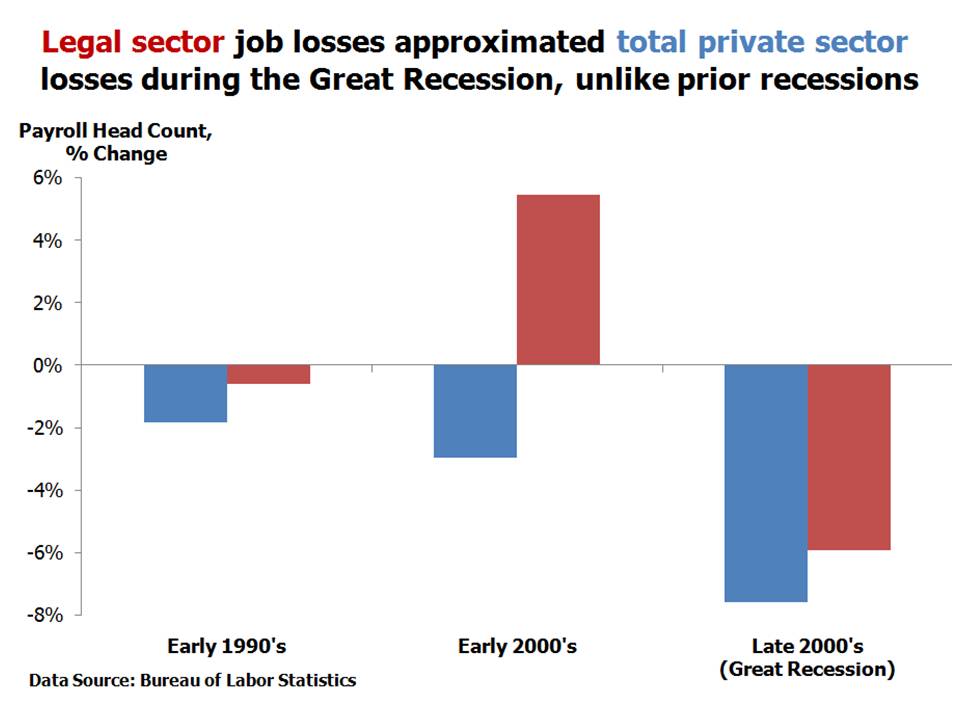 Since April 2010, the broader economy has been adding jobs, albeit at a slower pace than hoped. The non-government work force has grown 1.5%, consistently building payrolls month over month. The legal sector appeared to bottom out in December 2009, a few months before the rest of the economy did so. But since bottoming out it has failed to show employment gains like the rest of the economy. Since its low point, the legal sector picked up 6,000 jobs as of November 2010 (about 0.5% growth) but is now nearing its previous low point according to the latest jobs report by the Bureau of Labor Statistics.

Sluggishness in legal sector payroll growth may stem from the ability of law firms to extract substantial work hours from associates, something not enjoyed by businesses with standard work shifts or that pay significantly higher wages for overtime work. By extracting substantial hours in the short term, firms are able postpone hiring until they have greater confidence in the economy’s demand for legal services.  As such, and absent a convincing economic recovery in view, it is unlikely that the legal sector will have much to cheer in jobs reports for some time.

Permanent link to this article: https://betweenthenumbers.net/2011/05/sluggish-hiring-in-legal-sector-unlikely-to-improve-soon/