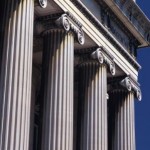 The Securities and Exchange Commission (“SEC”) has made a nuanced policy shift toward its fraud investigation settlements.  Previously the SEC allowed companies to settle fraud charges by paying a fine without admitting wrongdoing.  This practice has received widespread criticism despite SEC claims that it encouraged settlement and avoided expensive litigation.

Going forward, the SEC will no longer allow defendants to say they neither admit nor deny civil fraud or insider trading charges when they have been convicted of and/or admitted to criminal charges.  However, the agency will still allow the “neither admit nor deny” language when the agency reaches a settlement deal with a company, but no criminal proceedings (ie with the Justice Department) have been resolved.  This continued allowance will likely garner continued criticism, since it helps the accused companies in the shareholder lawsuits that usually follow.  The language from the SEC is obviously less important when the Justice department has already secured a conviction.

Permanent link to this article: https://betweenthenumbers.net/2012/01/sec-changes-it-policy-on-fraud-settlement-language-somewhat/