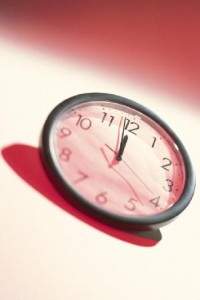 A Northern District of California case (Brandywine Communications Technologies, LLC, vs. Cisco Systems, Inc., Case C 12-01669 WHA), provides an analysis of the damage disclosure requirements that a plaintiff has in a patent infringement case.  It applies equally to any commercial dispute.

The Court started with the damage disclosures under FRCP 26(a)(1)(A)(iii), which states:

A party must, without awaiting a discovery request, provide to the other parties a computation of each category of damages claimed by the disclosing party — who must also make available for inspection and copying as under Rule 34 the documents or other evidentiary material, unless privileged or protected from disclosure, on which each computation is based, including materials bearing on the nature and extent of injuries suffered.”

The Court then provided details specific to patent infringement damages, as follows:

If Brandywine is now seeking damages in the form of lost profits, it should now be in a position to state the extent of loss of its own sales of its own products in an approximate dollar amount and state how that amount was calculated. To be more specific, it should be able to identify each of its own products that compete (or have competed) with the accused products and explain how sales of its own specified products have been affected by the alleged infringement. This can and should be done even though discovery will produce more precise sales records for the accused products that will allow later for more accurate updates of estimates of lost profits. …

As for a reasonable royalty, as to each accused product, Brandywine should already be in a position to state the claimed royalty rate and state the claimed royalty base, and then multiply the two for a total, specifying the information by year. This can and should be done now even though subsequent discovery may eventually warrant a modification of the calculation. … If a reasonable royalty is claimed, and if the patent plaintiff is going to rely on any of the Georgia Pacific factors (as plaintiff here says it will), then the patent plaintiff must list each such asserted Georgia Pacific factor and identify all evidence it rely on for that factor, save and only except for such evidence as it could not be reasonably expected to possess (and does not possess) at the outset of the litigation.”

The Court further indicated that these detailed disclosures

… must be done without waiting for a formal request. Although the rule does not say so expressly, it is a reasonable view of the rule – and this order so holds – that the computation must call out the particular materials relied on and identify them in some plausible way so as to clarify the basis for the disclosed computations”

In the motion before the Court, defendant sought an order precluding all damages evidence. The Court indicated that, at this time, this was a bit drastic, and so gave both parties 21 days to fully comply with detailed damage disclosures. After that time, the Court concluded “preclusion may be in order”.

It is not a big surprise that any commercial damages case requires damages evidence, and that this will likely be done through an expert damages witness. Both parties are well served to hire a capable damages expert before a time crisis is created. I continue to be amazed at the large number of last-minute crises that I am asked to avert because parties attempted to delay spending money that everyone knew would have to be spent.

This article provides suggestions regarding how to find a good expert witness to assist you.

Permanent link to this article: https://betweenthenumbers.net/2012/12/another-example-of-a-plaintiff-waiting-too-long-before-addressing-damages/