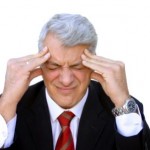 The California Legislature recently decided with the full support of Governor Brown to forgo having a split primary as it has had in recent presidential election cycles.  Instead next year California will have just one primary election in June, likely well after the presidential candidates have been chosen.

Envious of the attention given to small early states such as Iowa, New Hampshire, and South Carolina, California began splitting their primary to move the presidential nominating vote up.  First it was moved to March, and then to February.  However this resulted on other states jumping their dates up even further to stay ahead and negating almost all benefit.  Whether we see the same ‘me first’ stampede this election cycle remains to be seen, but at least California will not be adding to the momentum.

There were a number of other factors as well.

Cost:  Having an extra statewide primary cost $98 million in 2008 and would certainly cost over $100 million this time around.  That made low hanging fruit in searching for budget savings.

Candidates: Obama is unlikely to have a primary challenger so there is no reason to hurry on the Democratic side.  On the Republican side with the current rhetoric about ‘Left Coast Liberals’ it is likely that the loser of the California primary would  trumpet their loss as a badge of being a ‘real conservative’.  Who needs that kind of attention?

Redistricting: The Citizens’ Redistricting Commission has come up with a new set of maps that, as expected, completely toss the political cards into the air.  There are numerous vacant districts as well as districts with two and even three incumbents.  Just sorting out who is going to run where is going to be a combination of musical chairs and aussie-rules football for the potential candidates.  Then if somebody successfully challenges the new maps…it starts all over again!  Who wouldn’t want a few extra months to sort it all out?

The Jungle Primary: This will be the first statewide exercise of 2010’s Proposition 14, which instituted the ‘top-two’ primary system (also known as the Louisiana Primary or ‘Jungle Primary’).  Under the top-two system there needs to be great emphasis on the parties deciding who to back and who should be encouraged to quietly stand out of the way.  That takes time.  Let me use an example.  Under the traditional primary system if eight Republicans all wanted to run in a Republican stronghold district then the leadership would say go ahead and let them have at it and the winner will go against the Democrat in November.  Under the ‘top two’ system, the eight Republicans could so completely fragment the Republican vote that the top two that go on to the November election could both be Democrats even in a Republican stronghold district!  Sorting out how these new rules work in practice will take time and attention which the early presidential primary would distract from.

Burnout: In prior presidential election years with three statewide votes in a single year (two primaries and a final) there was a distinctive weakening of voter interest in the June election.  With so many other levels of uncertainty the addition of a difficult-to-predict turnout was an unwelcome extra.

Given all of these factors, the choice to have just one primary turned out to be a comparative rarity in Sacramento: a bipartisan no-brainer on a real issue.

Permanent link to this article: https://betweenthenumbers.net/2011/08/california-quits-the-early-primary-game/