How much money would Hulk Hogan make for the rest of his life? 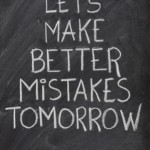 Sometimes reporters are so eager to tell a particular story that they will not apply a sufficient level of skepticism.

On Friday January 18, news sites across the web linked to a story from the Salt Lake Tribune titled  “Utah business owner fires two who backed Obama”.  The story apparently started from the following comment to another story about a juice bar owner asking liberals to pay a dollar extra.

“Love it. We had to let two employees go to cover new Obongocare costs and increased taxes,  Found two Obongo supporters and gave them the news yesterday. They wanted the idiot in the Whitehouse, they reap the benefits”

The newspaper tracked the comment to Terry Lee of Terry Lee Forensics of Cedar City Utah, called him up, got some quotes, and ran the story, which included:

“After letting the two part-time contract workers go, Terry Lee Forensics has nine employees who work with local law enforcement and attorneys to retrieve digital data from encrypted computer hard drives. Terry Lee would not release the names of the two part-timers.”

For a private sector computer forensics firm, eleven (or even nine) employees is quite substantial.  I was surprised not to have heard of them.  Well certainly I should search for their web site….but there is none, only a facebook page that shows the firm as being founded in January of 2013 and a Linkedin profile for Terry Lee that makes no mention of his owning a business called Terry Lee Forensics.  Google’s index apparently has some links to forensic related pages under terrylee.com but these now direct to 404 errors on the website of Terry Lee Honda of Avon Indiana.

In other words a few moments of journalistic suspicion would have yielded the conclusion that the story was fabricated.  Not only did the Salt Lake City Tribune not apply enough suspicion before running the story, but neither did the literally hundreds of other news sites that republished it.

Permanent link to this article: https://betweenthenumbers.net/2013/01/i-smell-a-hoax/